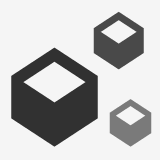 Posted by Jacqui Clements on Thursday, 07 November 2019 in Nursery

We learnt about Autumn and found lots of Autumn treasures in the forest in our school. 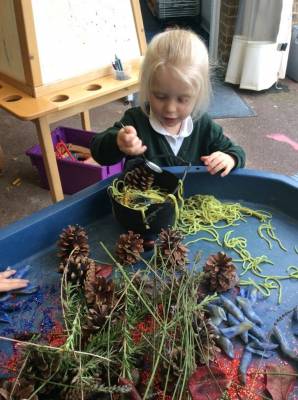 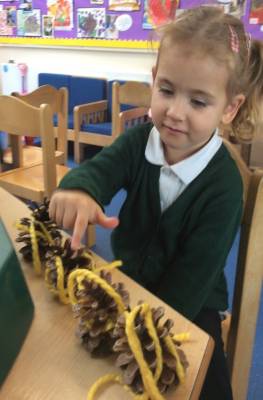 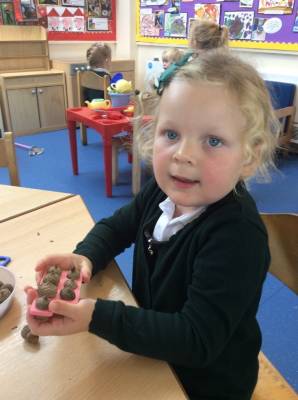 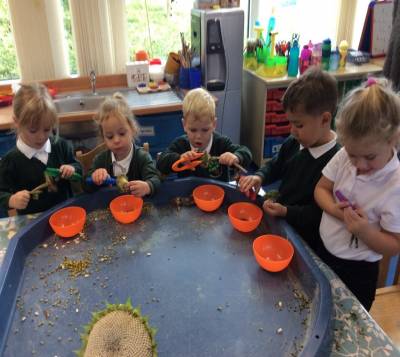 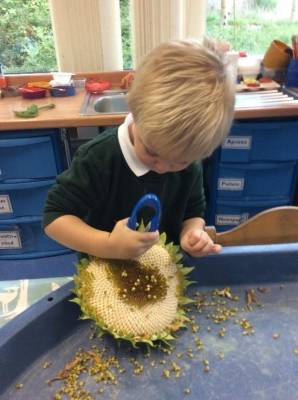 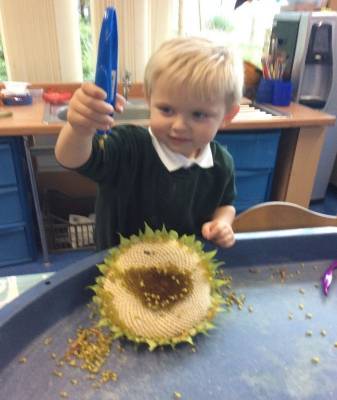 We drilled holes in conkers and threaded string through them to make conker chains. 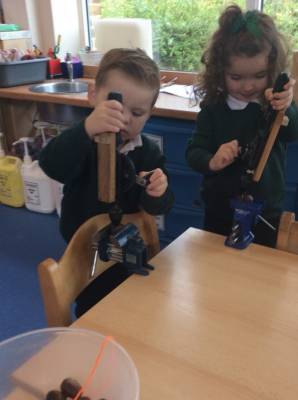 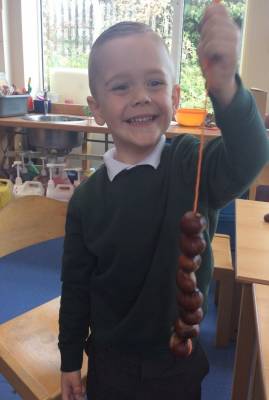 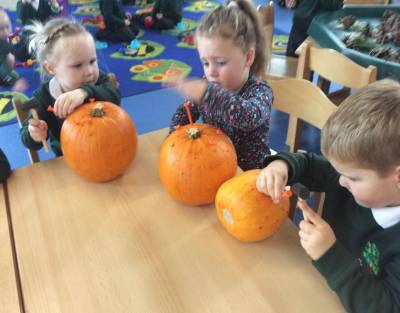 Posted by Jacqui Clements on Wednesday, 03 July 2019 in Nursery

During our topic on mini-beasts, we read the story of The Bog Baby, a mythical creature who lived in a bog and who became sick when it was taken away from its habitat, even though the people who had caught it loved it very much and tried to look after it in their home.

The postman brought some caterpillars for us to look after. We looked closely every day to see if anything was happening.

We had to wait patiently, but after a while, the caterpillars formed cocoons around themselves

After a week or so, we were excited to see four beautiful butterflies in the butterfly house.

We remembered the story of the Bog Baby and realised that even though we loved them, we could not keep the butterflies for ourselves, but had to let them fly off to where they belonged in the wild. We took them over to the school’s forest area and let them go free.

We are now looking for bog babies in the school pond! 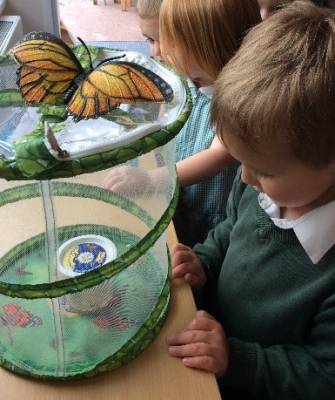 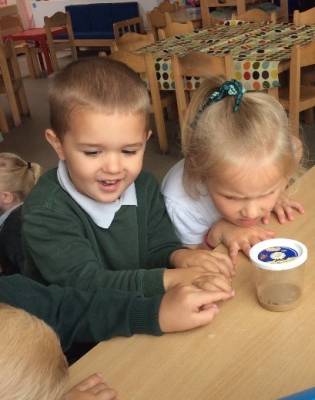 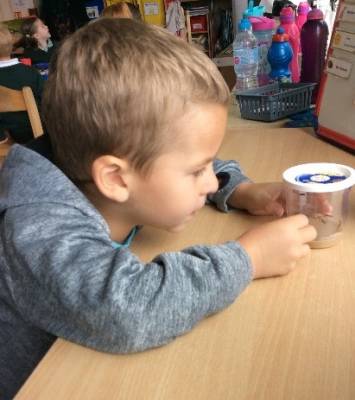 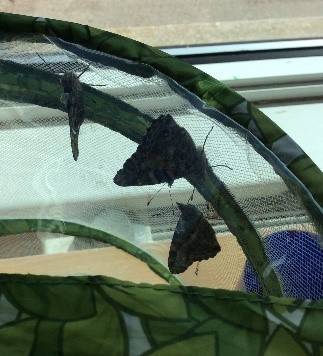 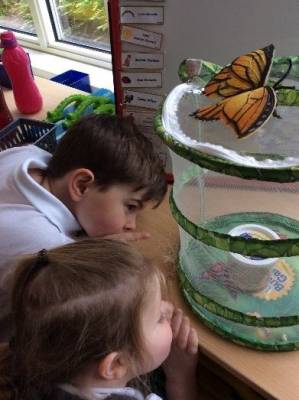 Posted by Jacqui Clements on Tuesday, 02 April 2019 in Nursery

Nursery children enjoyed making ‘rainbow slime’. They worked in pairs to make yellow, pink, green, blue and purple slime. The children noticed the changes in the mixture as they added different ingredients to it. They mixed the slime until it was malleable and no longer sticking to their fingers. The children had a go at stretching the slime as far as they could across the table. They used words such as ‘slimy’, ‘slippery’ and ‘cold’ when asked how the slime felt. 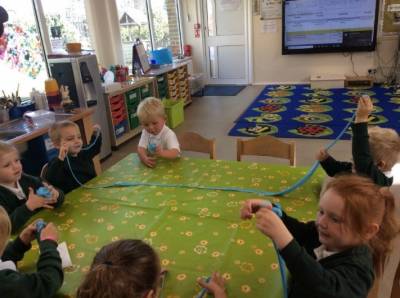 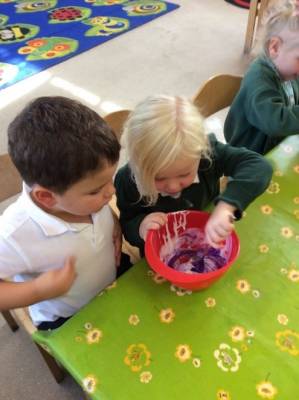 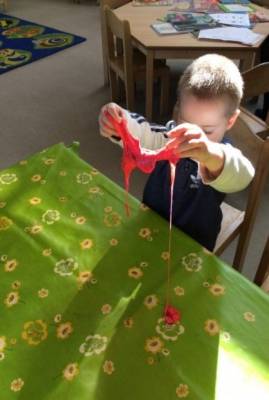 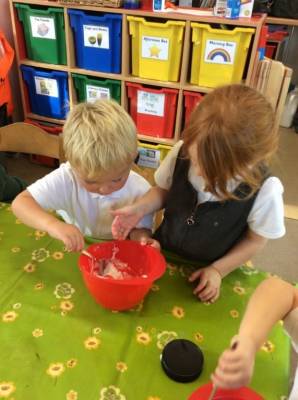 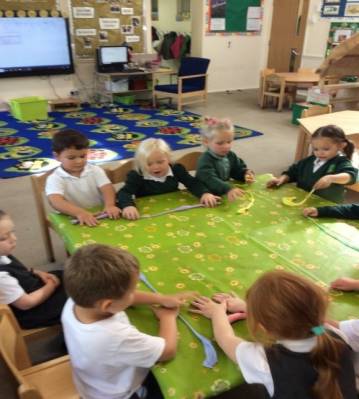 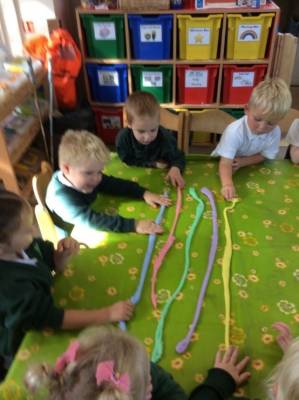